Well, with the annual day of ‘unbridled love’ long out of the way, Canadian rockers Dali Van Gogh are soldiering on with a brand new video and release for their favourite “anti-love song”; “Past Crimes” is available now.

The freshly pressed video depicts two lovers at the onset of the 2020 COVID-19 pandemic; it serves as an allusion to the stress and turmoil of the last year, and the toll it’s taken on even the closest relationships. It was originally envisioned as a live action story but, after numerous delays due to related restrictions, the band converted the concept into an animated lyric video.

Inspired by real-life experiences, it was Kent who first tabled the song’s concept. “Without getting into too much detail, the first draft of the song was written about the breakdown of a close relationship in my personal life,” he shares. “It wasn’t originally going to be a duet but, once it clicked to me that this could be taken as a love story of sorts, the lyrics came together.”

With a sound best described as “infectious, gritty, and surprising” by Recording Artists Guild founder Byron Booker, Dali Van Gogh have received international radio play and charting status, over half a million streams across their various platforms, were named semi-finalists in the SOCAN Canadian Songwriting Competition, and have released five records — Verbal Warning (2010), Mask Identity (2012), Wild Blue City (2012), From Ashes (2017), and Under Her Spell (2019) — the latter two of which were recorded at Kent’s newly minted HouseFire Studio One after the fire.

Music Video Review: Dali Van Gogh Get Out of Town on ‘Down at the Hitching Line’

Under Her Spell - Album Review by The East 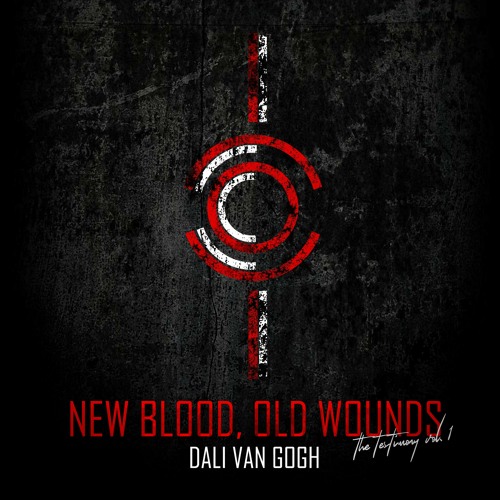